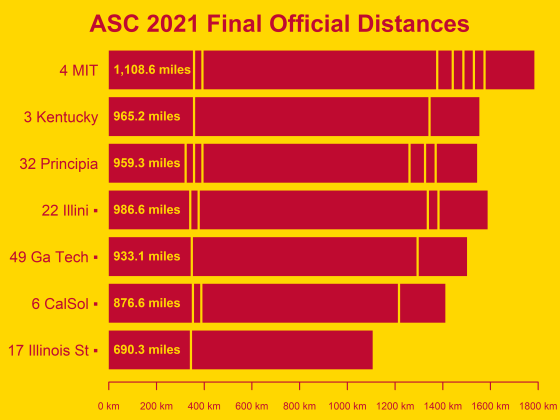 Today sees the end of the American Solar Challenge. Above (click to zoom) are the final SOV standings, in New Mexico flag colours. MIT won, followed by Kentucky and Principia (Principia would have come second, were it not for some fairly stiff penalties given during scrutineering for minor regulation non-compliance).

Teams marked with a dot were forced to trailer at some point, and hence score lower. The optional “loops” driven are marked at the end of each stage (even the La Junta loop, which occurred in the middle of Stage 2). In the MOV class (not shown), Minnesota ran into problems, making App State the winners – their mountain-built car having taken all the passes in its stride.

Note: this chart reflect minor recent updates to the official Stage 2 numbers. The chart posted yesterday is therefore very slightly out of date. 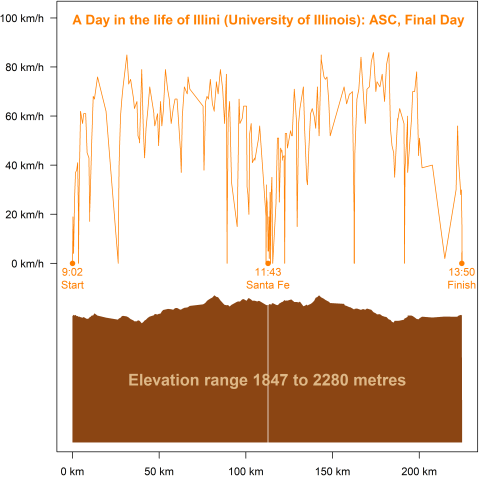 The last day of the race was a short drive from Las Vegas, NM to Santa Fe, NM and back, across the Glorieta Pass through the Sangre de Cristo Mountains (easier than the Raton Pass). Above (click to zoom) is a day in the life of Illini according to the GPS tracker. Elevation data is from the tracker, so the elevation profile is slightly incorrect where the tracker cut out. 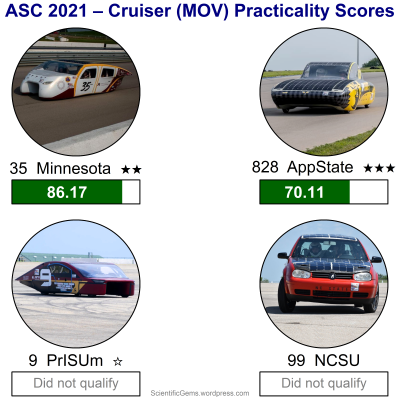 Below (click to zoom) are some memories of the route (photos are from the ASC and the teams). 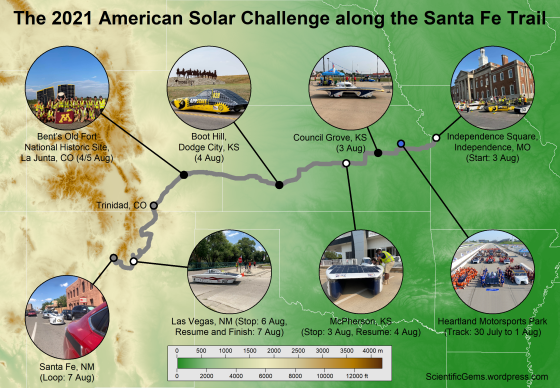