In his short work The Sand Reckoner, Archimedes (c. 287 BC – c. 212 BC) identifies a number larger than what he believed was the number of grains of sand which would fit into the Universe. He was hampered by the fact that the largest number-word he knew was myriad (10,000), so that he had to invent his own notation for large numbers (I will use modern scientific notation instead).

Archimedes’ began with poppyseeds, which he estimated were at least 0.5 mm in diameter (using modern terminology), and which would contain at most 10,000 grains of sand. This makes the volume of a sand-grain at least 6.5×10−15 cubic metres (in fact, even fine sand-grains have a volume at least 10 times that). 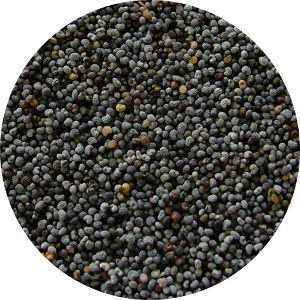 Archimedes estimated the diameter of the sphere containing the fixed stars (yellow in the diagram below) as about 2 light-years or 2×1016 metres (we now know that even the closest star is about 4 light-years away). This makes the volume of the sphere 4×1048 cubic metres which means, as Archimedes shows, that less than 1063 grains of sand will fit.

XKCD, in his always-wonderful “what if?” blog, answers the question “If you made a beach using grains the proportionate size of the stars in the Milky Way, what would that beach look like?”