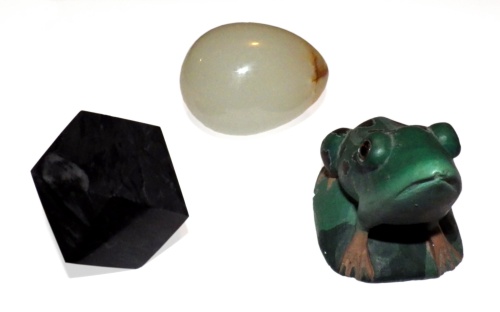 I find paperweights useful while working, and all the more so if they are appropriate in some way. Here is part of my collection.

On the left is a marble cuboctahedron. Since the edges of this shape form a symmetric graph (all 24 edges are equivalent), it made a nice example while I was working on my 2004 paper “Network Robustness and Graph Topology.” For example, the cuboctahedron is one of the Cayley graphs for the alternating group A4.

The frog on the right, on the other hand, feels right at home with some current work I’m doing on amphibian species distribution modelling. 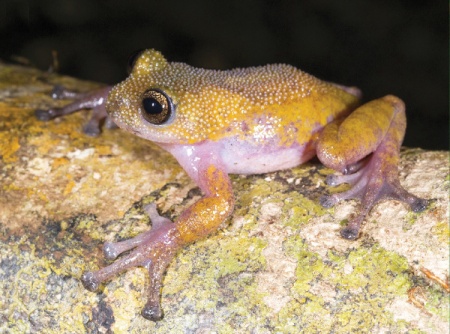 The thorny tree frog (Gracixalus lumarius, photo above by Jodi J. L. Rowley, Duong Thi Thuy Le, Vinh Quang Dau, Huy Duc Hoang, and Trung Tien Cao) was recently discovered in Vietnam at an altitude of around 2,000 metres on the slopes of Ngọc Linh and nearby mountains.

These fascinating little frogs breed in water-filled tree hollows (phytotelmata), rather than in ponds or streams. They are about 4 cm long, and coloured pink and yellow. Curiously, the males are covered in sharp thorny spines. For more information, see this report from the Australian Museum, and also the published paper by Jodi Rowley et al.

Jodi maintains a website at jodirowley.com. If you’re passionate about frogs, take a look.

According to news reports, scientists at the International Institute for Species Exploration at Arizona State University have produced a list of the top 10 new species discovered during 2012:

2. Chondrocladia lyra, the carnivorous Harp Sponge (see the video above from MBARI) 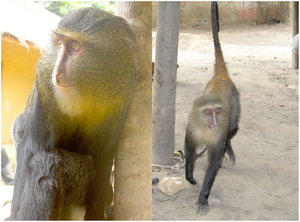 3. Cercopithecus lomamiensis, the Lesula Monkey (photo above from this paper)

5. Ochroconis anomala, a fungus found in the Lascaux caves 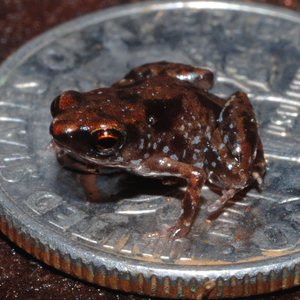 6. Paedophryne amauensis, a frog which is the world’s smallest vertebrate – the name of this frog was miss-spelled in news reports: the name comes from the village of Amau (photo above from this paper)

8. Lucihormetica luckae, a cockroach that glows in the dark 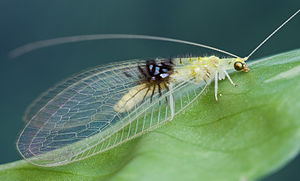 9. Semachrysa jade, a lacewing discovered, in a triumph of citizen science, by Malaysian photographer Guek Hock Ping (who took the photograph above)