Durham University Electric Motorsport (DUEM) is the UK’s premier solar racing team. After previous participation in 2015 and 2017, they came 14th at the 2019 World Solar Challenge, crossing Australia from the Timor Sea to the Spencer Gulf on solar power alone. As with all the other major solar car teams, I have followed their progress with keen interest.

The iLumen European Solar Challenge (iESC) is one of the world’s top four solar car events, as well as being valuable training for teams intending to go to the World Solar Challenge (see my extensive coverage of iESC). The main part of the iESC is a tough 24-hour endurance race at Circuit Zolder. DUEM naturally wanted to participate this September. When the Covid situation prevented them from doing so, they decided to run their own event – a kind of “virtual iESC” – synchronised with the Zolder race. To my knowledge, they are the only team in the world to have done something like that. 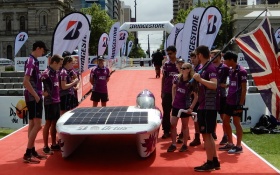 Left: Durham University Electric Motorsport (DUEM) wth their car Ortus at the 2019 World Solar Challenge; Right: I watched DUEM race this year via social media – this is the closest I can get to Durham in these difficult times (both photos mine). Click images to zoom.

The location chosen by DUEM was Ouston Airfield, a former World War II airfield about 50 km north of Durham University. The NW quadrant of the airfield was used as a racetrack between 1959 and 1964 (the airfield now houses Albemarle Barracks). To mimic the 4.011 km track at Circuit Zolder, DUEM planned out a 4.5 km course at Ouston mixing straights and tight turns (runway 04/22, part of runway 14/32, and the eastern perimeter track). However, examining Ouston Airfield on Google Maps reveals weeds springing up through cracks in the tarmac. Not perhaps the best place to drive a solar car, you might think! To make matters worse, while Zolder had bright sunshine and blue skies this year, Ouston had cloudy skies and overnight rain. 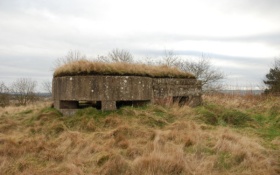 So how did DUEM do? They clocked up 414 km, which is equivalent to 103 laps at Circuit Zolder. Given the weather conditions, we should be comparing their performance to the rainy 2018 iESC event. They would have ranked 8th in the Challenger class at Zolder that year, which isn’t too shabby, considering the seven flat tyres DUEM experienced as a result of the bumpy road surface at Ouston.

However, the iESC isn’t just about showing what one’s solar car can do – it is very much also a training event, giving newly recruited novices experience in many different aspects of solar racing. One such aspect is in fact dealing with less-than-ideal road surfaces. The highway south from Darwin incorporates some tricky features such as cattle grids, and solar vehicles must be robust enough to take such features in their stride. DUEM’s “Ouston Solar Challenge” probably provided better training in this regard than the iESC does. 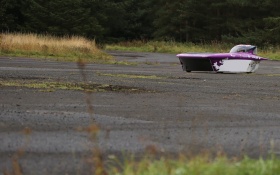 As well as making cars robust enough to resist vibration due to the road surface, there are also procedural factors associated with “nasties” on the road. Vanguard/scout subteams must check for issues such as dead kangaroos on the road, either dealing with them or notifying the subteam in the escort vehicle. That subteam, in turn, must keep the solar car driver informed of hazards as they come up. At Ouston, DUEM marked hazards on the track with traffic cones, and their escort vehicle did a superb job of instructing the solar-car driver by radio on dealing with the hazards. Again, this is an aspect of solar racing not really tested at iESC. 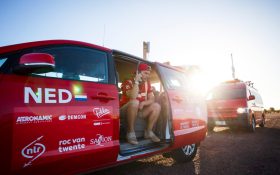 One activity common to the international family of solar car teams (whether at iESC, the World Solar Challenge, or during DUEM’s 24 hours at Ouston) is the need to work on the car from time to time. DUEM, like the teams that raced at iESC, has (I’m sure) learned valuable lessons from doing so. Of course, iESC offered the luxury of pit boxes, which were rather lacking at Ouston.

I am not entirely certain what DUEM will be doing with the experience they gained at Ouston, but you can follow their progress on their website or on their social media (click on the icons):

3 thoughts on “The Ouston Solar Challenge”