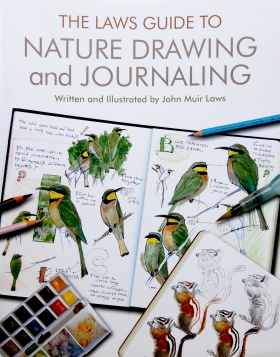 Having written before about nature journals, a while ago I purchased the Laws Guide to Nature Drawing and Journaling by John Muir Laws of johnmuirlaws.com. This is a wonderful guide to both the scientific and artistic aspects of keeping a nature journal. There are chapter on how to observe as well as chapters on how to draw flowers, trees, and other things. Laws provides three useful observation cues: “I notice,” “I wonder,” and “it reminds me of” (click page photographs to zoom): 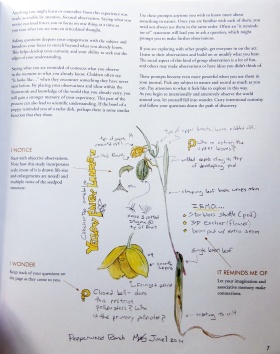 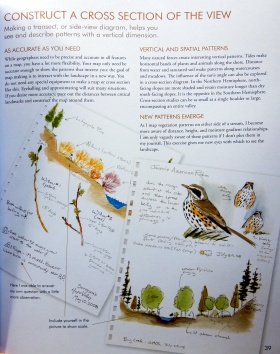 This wonderful book is full of practical tips, both on the scientific side and the artistic side. I particularly liked this little curiosity kit: 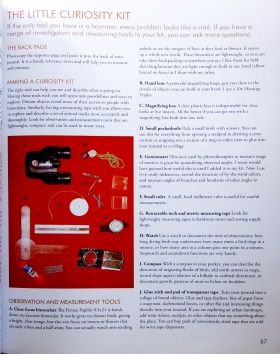 I haven’t quite finished with the book, but I really love it so far. Other reviews online are also very positive: “I can’t find a thing lacking in this book” (scratchmadejournal.com); “informative and inspiring” (parkablogs.com); “the best book for nature journaling in your homeschool” (proverbs14verse1.blogspot.com). Goodreads rates the book 4.67. 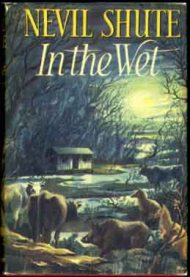 I recently re-read the novel In the Wet by Nevil Shute. Like An Old Captivity, reincarnation is a key part of the storyline. The novel is set partly in the year in which it was written (1953, which was the year of the coronation of Queen Elizabeth II) but mostly 30 years in the future (1983). The book is thus rather dated, with the “future” now 37 years in the past. There is also language that would be unacceptable today (“n—-r,” “b–ng,” and “g-n”) and, by modern standards, the novel is both fanatically monarchist and extremely right-wing.

One of the things that makes the novel interesting is that the hero, David Anderson, is a quarter Aboriginal (the book expresses an optimistic view of Australian race relations). David is from Cape York. His maternal grandmother is of the Kaantju people, and his father is a white stockman. Born literally in a ditch, David grows up on a cattle station, learning to ride a horse at age 3 or 4, and eventually joins the Royal Australian Air Force. He becomes a pilot in some hypothetical 1970s war (note that the First Indochina War and the Malayan Emergency were both ongoing when the novel was written). After that David becomes a test pilot, rising to the rank of Wing Commander and earning the Air Force Cross. The novel focuses on his transfer to the Queen’s Wing, flying royalty in two aircraft donated by the Australian and Canadian people (while also dealing with some complex politics and falling in love). 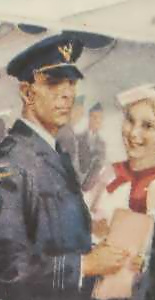 Nevil Shute was an aircraft designer, and the hypothetical fast long-range private jet in this book seems to be based on a planned (but never built) civilian version of the Avro Vulcan bomber. Nevil Shute seems to me to have underestimated progress in the aircraft industry, however, with his reported speed of 500 knots (930 km/h) matched by the much larger Boeing 747, although matching the range of 8000 nautical miles (15,000 km) had to wait for the Boeing 747-400ER of 2000.

Nevil Shute’s social prediction is even worse. A visitor to Australia, he underestimates the left-wing tendency in Australian politics, and overestimates the monarchist tendency. He postulates a large drop in the British population (with all kinds of economic consequences), and large rises in the Australian and Canadian populations (see dotted lines in the chart below). Immigration to Australia was, in fact, less than he expected, and much of it was to come from Greece, Italy, the Netherlands, Malta, the former Yugoslavia, and (eventually) Vietnam. The UK, on the other hand, was to see substantial immigration from India and Pakistan. 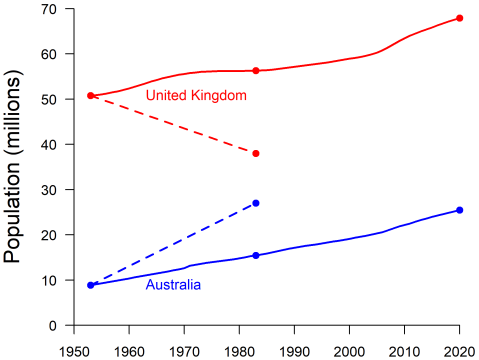 On the whole, I would call this novel a well-written historical curiosity. As an old Danish proverb has it, it is difficult to make predictions, especially about the future. Goodreads rates the book 3.86, which is similar to my rating.

In the Wet by Nevil Shute: 3½ stars
(subtract 2 if you voted for Australia to become a republic) 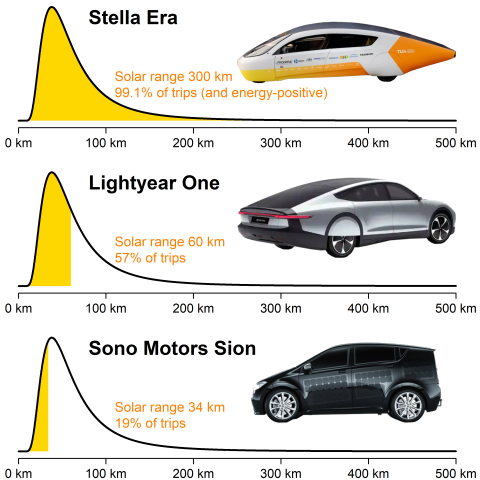 Above (click to zoom) is a chart showing WLTP-standard solar-only driving ranges for the three solar cars from my last post (battery ranges not shown here):

These solar-only driving ranges are marked on a smoothed distribution of electric vehicle driving patterns reported in this paper (distance driven per vehicle-day on days when the vehicle was driven).

The sleek Stella Era has a solar-only range more than 4 times the mean 70 km driven. On more than 99% of trips, Stella Era can operate solar-only, and, on average, its solar panel produces substantial excess electricity which can be donated to other vehicles.

Lightyear One has a solar-only range less than the mean 70 km, but is still able to operate solar-only on 57% of trips.

The less expensive Sion is able to operate solar-only on 19% of trips, and has a useful solar boost to its battery the rest of the time. 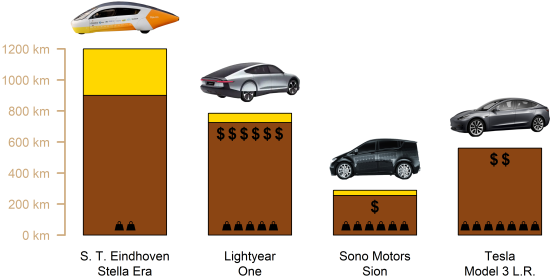 Above (click to zoom) is a chart showing WLTP-standard driving ranges for four electric vehicles (brown for battery range, yellow for the boost due to solar panels). The four cars are:

The sleek Stella Era has almost double the range of the Tesla, in spite of having a much smaller battery pack. This is due to the Dutch racing car’s extremely aerodynamic shape and light carbon-fibre construction. Lightyear One comes about as close to the performance of Stella Era as you would expect a normal-looking production car to come (and is about two and a half times as heavy).

The rather boxy Sion has a much smaller range than Lightyear One (but, at an expected €25,500, is much cheaper). Which solar car would you choose? 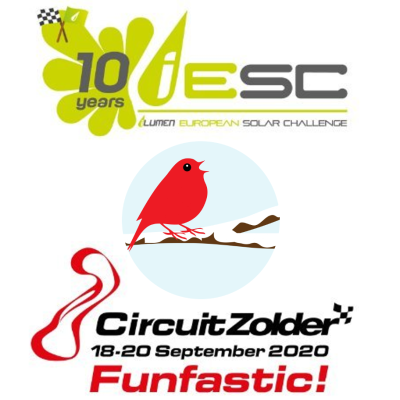 For solar-car teams, the iLumen European Solar Challenge (iESC) is open for early-bird registration for the race on September 18–20 this year (with discounts for registrations before 1 Feb). Details on the event blog, and registration info here. 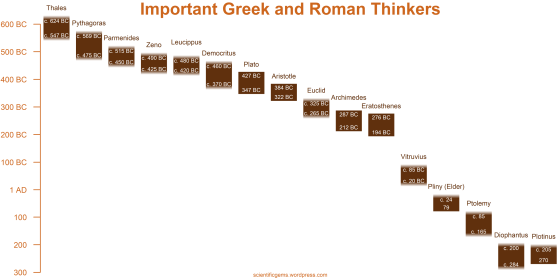 To usher in the new year, here’s a chart of some people of the past that I was trying to keep straight in my head (click to zoom).