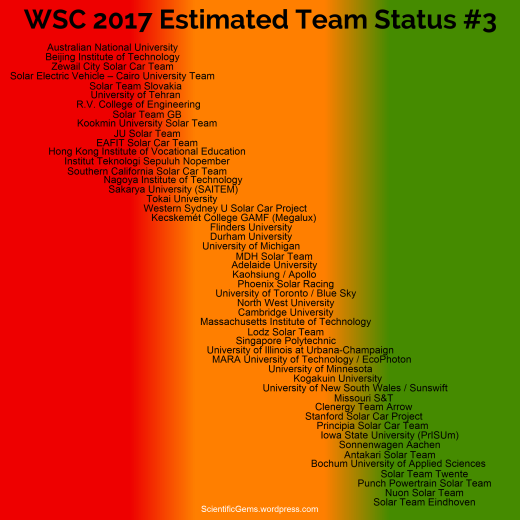 Six months to go to the World Solar Challenge, and the infographic above (third in the series) shows solar car teams that are likely to be entering in the World Solar Challenge this October, with my estimate of reported current progress (on a red–amber–green scale), taking into account recent social media updates. The team list has also been updated, and has a simpler traffic-light version (

Since the last update, a few teams have started construction. Twente has revealed their new design (with more details in Dutch). Two Egyptian teams have been added to the list, but they have a lot to do before the big event, and I’m not sure if they will make it.