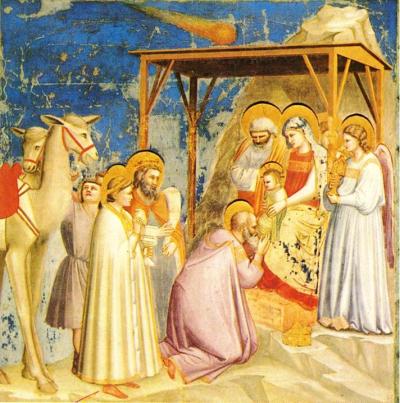 The Christmas fresco above, by Giotto, shows the Star of Bethlehem as a comet (top centre). It is likely that this fresco depicts Halley’s Comet, which Giotto saw in 1301, about two years before he began the series of frescos of which this is part. This work by Giotto was celebrated in the name of the Giotto spacecraft, which observed the comet in 1986.

Let me take this opportunity to wish all my readers a very happy Christmas (and apologies for duplicating a previous post). 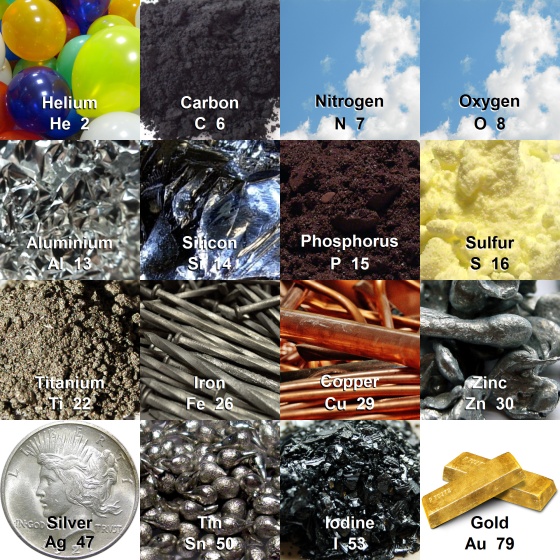 For more on the elements, see the fantastic book The Elements by Theodore Gray of periodictable.com, which I have previously reviewed.

I recently took a flight from Australia to South Africa. Here is the Antarctic pack ice as seen from the air. 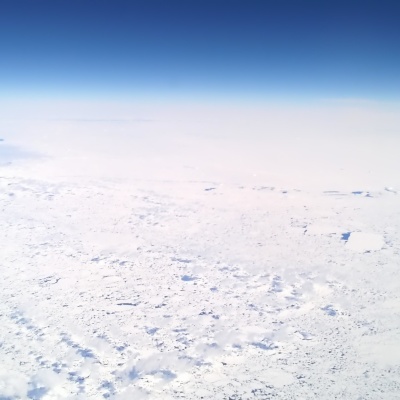 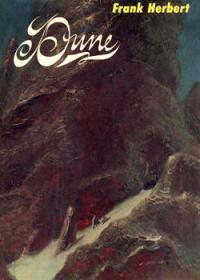 The year 1965 saw the appearance of what has been called “the first planetary ecology novel on a grand scale.” Frank Herbert’s Dune explored a plethora of interesting themes, notably that of ecology. The novel speaks of “… teaching [the children] ecological literacy, creating a new language with symbols that arm the mind to manipulate an entire landscape, its climate, seasonal limits, and finally to break through all ideas of force into the dazzling awareness of order.” 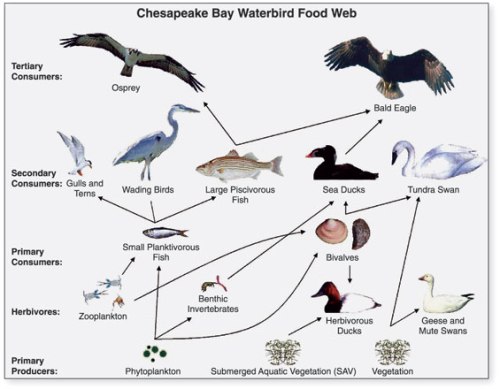 The use of food webs, like the one for waterbirds of Chesapeake Bay above, was fairly standard by 1965, and Herbert seems to be hinting at a graphical language for ecology going beyond that. Exactly what he was referring to is unclear.

But are we teaching the kind of ecological literacy Herbert refers to? A 2013 survey indicated that, out of 145 US tertiary institutions ranked for “Ecology and Evolutionary Biology” and “Integrative Biology,” only 47% taught a course in ecosystem ecology or biogeochemistry, and only 22% of the courses included field experiences. A 1993 survey of UK secondary teaching (A-levels and GCSE) showed that students only studied a median of 2 or 3 different habitats: 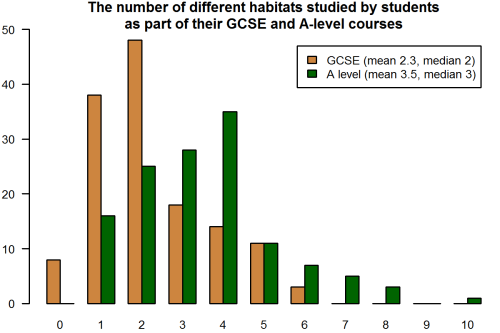 So how many children actually understand, say, trophic cascades in the wolf–elk ecosystem? How many adults, for that matter? The evidence suggests that it’s not very many, judging by the resistance to sensible management of National Parks. If we do not wish to recreate the desert planet Arrakis, we might like to work on that.

Homeopathy is an alternative medicine based, in large part, on extremely dilute solutions of illness-producing agents. For example, diluted coffee is used to treat insomnia.

Given the levels of dilution used, and the fact that 18 grams of water (about one tablespoon) contains about 6 × 1023 molecules, this means that homeopathic medicines generally contain zero molecules of the active ingredient – that is, they are generally plain water. The 10:23 anti-homeopathy campaign is based on that idea:

Last year, the Australian National Health and Medical Research Council (NHMRC) completed a review of the effectiveness of homeopathy, concluding that there are no health conditions for which there is reliable evidence that homeopathy is effective because no good-quality, well-designed studies with enough participants for a meaningful result reported either that homeopathy caused greater health improvements than placebo, or caused health improvements equal to those of another treatment.

See also a blog post by the report chair here, or listen to this interview with Edzard Ernst, former Professor of Complementary Medicine at Exeter. XKCD makes an economic argument about effectiveness: 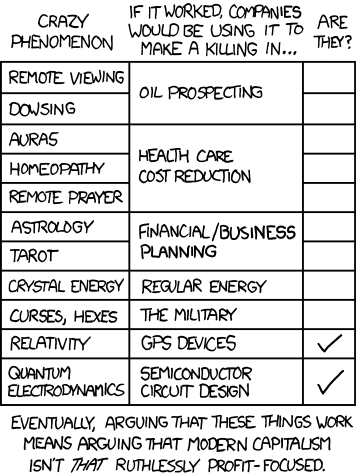 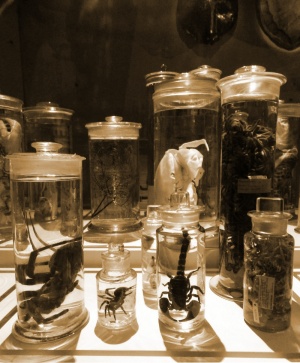