Below, once again, are the 12 solar car teams that will be competing in the European Solar Challenge this year, with revised links to their websites and social media. The ESC will be held at Circuit Zolder in Belgium from September 23 to 25 this year. It will be a 24 hour endurance track race, competing against a (non-solar) Tesla Model S (however, teams may charge their car from mains power up to two times, if they stop for an hour to do so). About half the points for the ESC will come from the number of laps of the track completed. Other points will come from the fastest lap time, a timed chicane challenge on the 23rd, and a presentation about the car. Follow the event on Facebook and Twitter. 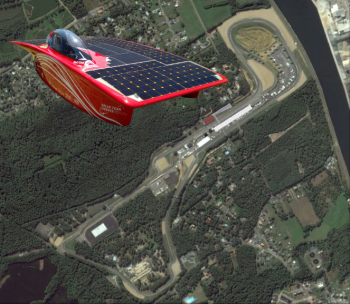 The 24 hour track race starts at 13:00 on the 24th, and sunset will be at 19:32 that evening. The sun will rise again at 07:30 the next morning, and the race will continue until 13:00 on the 25th. Long-range weather forecasting suggested that the weather might be cloudy that weekend, but a more up-to-date forecast suggests sun (see diagram below). See also this nearby weathercam (about 8.5 km away, and facing towards the racetrack).

This team came 3rd in the Cruiser class at WSC 2015. Bochum are fielding three teams at ESC (racing the Solarworld GT, which drove around the world in 2011/12; the PowerCore SunCruiser from WSC 2013; and the beautiful ThyssenKrupp SunRiser from WSC 2015).

This team came 22nd in the Challenger class at WSC 2015. Their car has an interesting teardrop design. 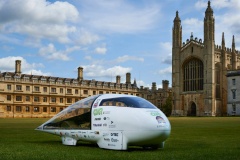 This is a new team. They have posted a nice team overview video. 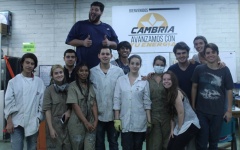 This appears to be a relatively new team. Read more about them here. Their car is called Archimede in honour of the famous mathematician of that name, who was a native of Syracuse, the team’s home town. 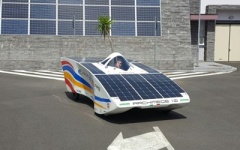 This team came 10th in the Challenger class at WSC 2013, and 10th in the 2015 Abu Dhabi Solar Challenge. They came 2nd in the Evolución class at the 2016 Carrera Solar Atacama.

This team came 3rd in the 2015 Abu Dhabi Solar Challenge, and 5th in the Challenger class at WSC 2015. They will be racing Indupol One, their entry from WSC 2013. 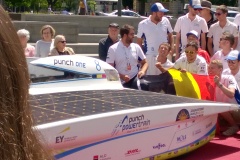 This team came 2nd in the Challenger class at WSC 2015. Their Red One is the fastest entry in terms of raw speed. Whether that is enough to win the challenge remains to be seen. 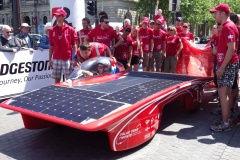 Here is the scoring matrix for the event: