The University of Toronto has been mentioned several times on this blog. It is ranked 25th in the world on the Times Higher Education list of engineering institutions.

The university was founded in 1827, originally as a religious institution. Staff there have collected a number of Nobel prizes, and the university was also the site of Stephen Cook’s pioneering work on NP-completeness. Their solar car team (Blue Sky Solar Racing team) came 12th in the 2015 World Solar Challenge. 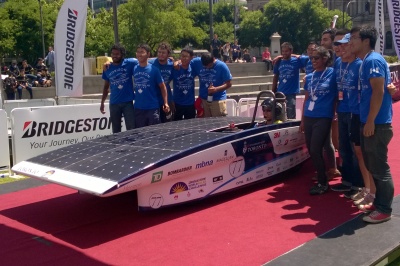