The World Solar Challenge has finally released official results of the race. The chart below shows average speeds for the 20 Challenger class cars that finished (a much greater proportion of finishers than last year!). The speeds are calculated by WSC based on time taken to the confusingly named “end of timing” point outside Adelaide (which was not actually the end of timing at all). Unfortunately end-of-race procedures were not well documented this year and (in the Cruiser class especially) some teams would probably have planned their strategy slightly differently if they had understood them better. 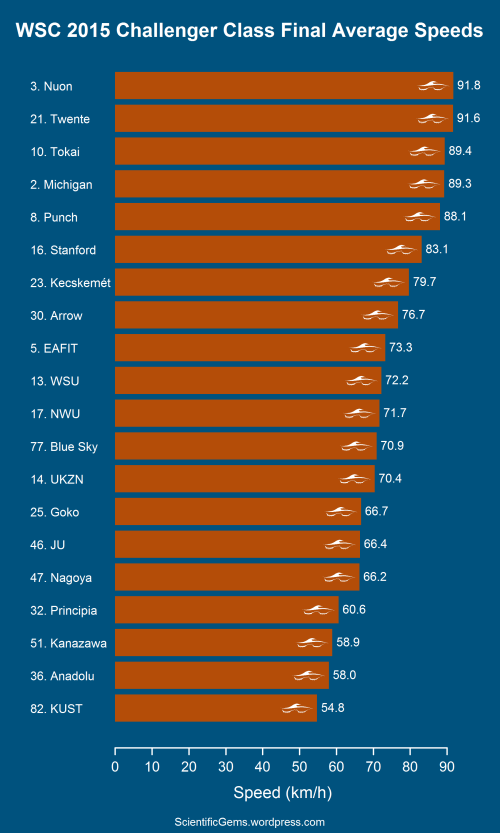