The first two cars in the Cruiser class also arrived. Kogakuin (team 88, Japan) took out line honours, but Eindhoven (team 40, Netherlands) carried a passenger all the way. I believe that this more than nullifies Kogakuin’s speed advantage. Eindhoven is also likely to collect more “practicality points” in the judging tomorrow. 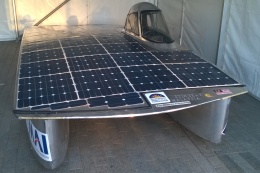 Also arriving were the first of what I’ve been calling the B race teams, EcoPhoton (team 18, Malaysia, above). These cars spent some time on a trailer, and will therefore compete on the basis of how much of the 3,022 km they were able to travel under their own steam. EcoPhoton have done very well for a new team, particularly given the bad luck they had (a serious battery fire, requiring battery replacement and bodywork repair – see this day 6 wrap by MostDece). They were followed by Cambridge (team 12, UK), who are probably ahead on the km count.

Ardingly (team 43, UK, above), another high school team, also arrived. They are in the B race of the Cruiser class, so their km count may be exceeded by one or more other Cruisers in the B race. The Ardingly students have done very well to build a working Cruiser, and their genuine enthusiasm has earned the respect of the top teams. I hope that they will all continue on to successful university studies. 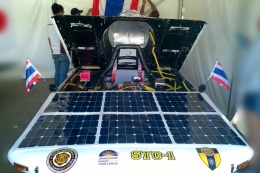 At some point Siam Technology College (team 22, Thailand) arrived, although I understand that they have formally withdrawn from the race. In the Adventure class, TAFE SA (team 42, Australia) arrived as well. There are only three Adventure class cars, and all three trailered at some point.

Finally, walking back to my hotel, I spotted HK IVE (team 33, Hong Kong) on a trailer. I think they arrived too late for a formal welcome. 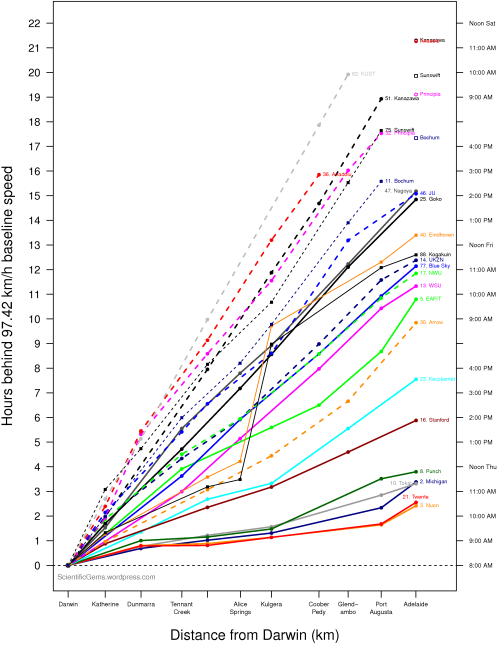 Above is another race chart summarising timing data that has been released (and omitting obviously wrong data), while current car positions are shown below. Tomorrow morning we should see Bochum (team 11, Germany) and Sunswift (team 75, Australia) in the Cruiser class, as well as Principia (team 32, USA) and Kanazawa (team 51, Japan) in the Challenger class. I suspect that Minnesota (team 35, USA), Anadolu (team 36, Turkey) and KUST (team 82, Korea) will be forced to trailer by the noon time limit. Other cars – 9, 80, 26, 82, 15, and 7 in the Challenger class; 28, 45, 38, and 31 in the Cruiser class; and 20 and 34 in the Adventure class – have already trailered, and are in the B race. They will no doubt attempt to clock up additional km if possible. The race is not over until Chris Selwood sings! 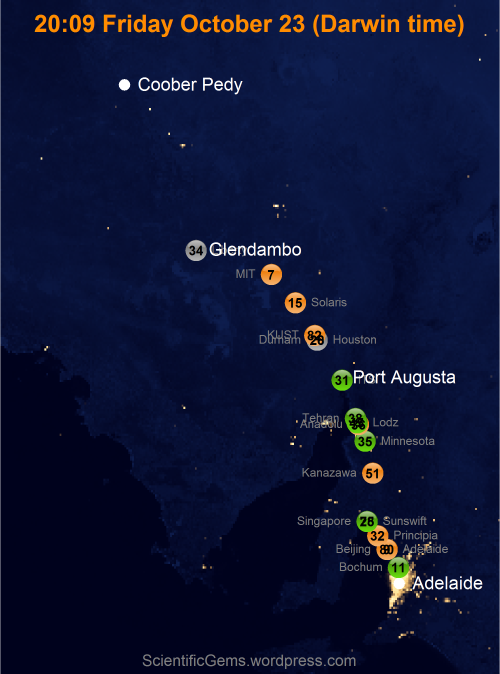