The team from Durham University have had a recent merger and name change from “Durham University Solar Car” to “Durham University Electric Motorsport,” although their car name reflects the older team name. As a consequence of the change, their previous website and social media accounts are no longer operating. They participated in the 2011 WSC (under the previous name), and their car is entered in the WSC Challenger class this year (although media reports suggest that there are still some teething problems, and that final assembly of the car will not take place until after arrival in Australia). The picture below gives a good view of the car’s internals. Good luck, team 26! 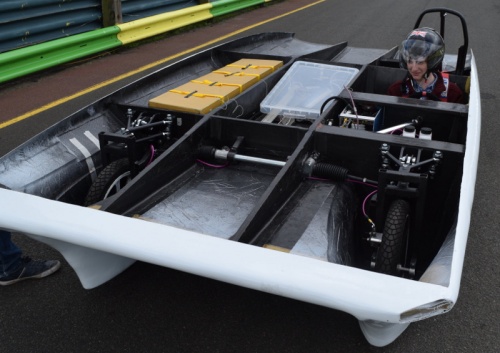 For up-to-date lists of all World Solar Challenge 2015 teams, see: