The first Tuesday in November marks the Melbourne Cup, Australia’s most famous horse race. The race was first held in 1861 (over 2 miles) and altered to cover 3.2 km in 1972. The chart below shows winning times since then.

But Melbourne Cup Day often sees another big race too: the Tuesday after the first Monday in November is US Election Day. This year, it promises to be significant, with the entire US House of Representatives up for grabs, along with 33 Senate seats and numerous state positions. It will be interesting to see who wins this year! 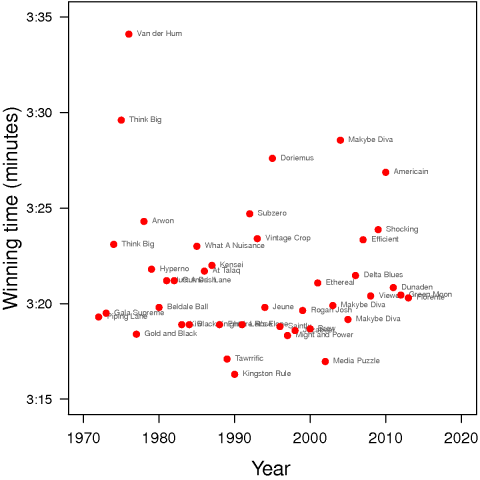 Update: The Australian race was won by Protectionist in 3:17.71. The race was marred by the death of the race favourite, Admire Rakti. The American race is still to be decided.